skip to main | skip to sidebar

The following titles are available as eBooks in all formats:

Fiction
BURNING BARCELONA (Bristol Book Publishing, 2008)
Historical fiction set in Birmingam and Barcelona in the 1830s, when the first steam engine was installed in Spain.
HIGH TIMES AT THE HOTEL BRISTOL (Bristol Book, 2007)
A book of 20 short stories based on events that have happened in some of the 200 or so hotels called Bristol around the world. The Mail on Sunday Travel Book of the Week.
LUNCH WITH ELIZABETH DAVID (Little Brown, 1999, Abacus pbk, 200, 2001, eBook 2011)
A fanciful tale about the travel writer Norman Douglas, his protégé Eric Wolton, and the cookery writer Elizabeth David, who expressed her debt of gratitude to him in her first book. Much of the tale is set in Calabria.
A-TRAIN (Star Books, 1985, eBook 2012)
Imagine a nuclear rail disaster.
AFTERMATH (Star Books, 1982, eBook 2012)
A nuclear thriller, written shortly after Cruise missiles were deployed in the UK. It became recommended reading for local government's 'what to do in emrgency' kit.

Non-Fiction
THE ROYAL ALBERT HALL: a Victorian Masterpiece for the 21st Century (Fitzharding Press, 2003, eBook 2011)
A history of the RAH as London's popular 'village hall', beautifully illustrated after several months' research among the hall's extensive archives, and produed to concide with £73million refurbishment.
OTHER BOOKS
TIME TRAVELLER (WH Smith, 1998)
A history of newspaper and periodical publishing seen through station bookstalls. Copies can be seen at The Newsroom, the Guardian's archive and visitor centre in Farringdon Street.
OVER EUROPE (Weldon Owen/Times Books, 1991)
I provided the extensive captions and a chapter on the history of aerial photography for this exceptional coffee-table book of specially commissioned aerial photographs of the new Europe that was revealed as the Iron Curtain lifted. The main text was by Jan Morris.

Travel guides
For Insight Guides: titles on the UK, Spain, France, Italy, the Baltic States etc.
For Dorling Kindersley: Provence, Barcelona and Catalonia. London Top 10
For Berlitz: Tenerife, Dubrovnik
For Thomas Cook: Barcelona
For Reader's Digest: The Most Amazing Places to Visit in London
Editor and contributor to many, many more.
Posted by Bristol Book Publishing at 22:46 4 comments: 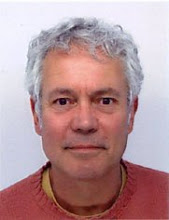 AUTHOR & EDITOR A London-based journalist and author, I have worked in all areas of newspapers, magazines and books.
Most of my travelling has been within Europe, and in 2007 this was aided by the DK-Rough Guide £10,000 Travel Prize, a report of which can be seen here.

PUBLISHER See a full list of books that I publish, and explore the Hotel Bristol Project at the Bristol Book Publishing website: www.bristolbook.co.uk